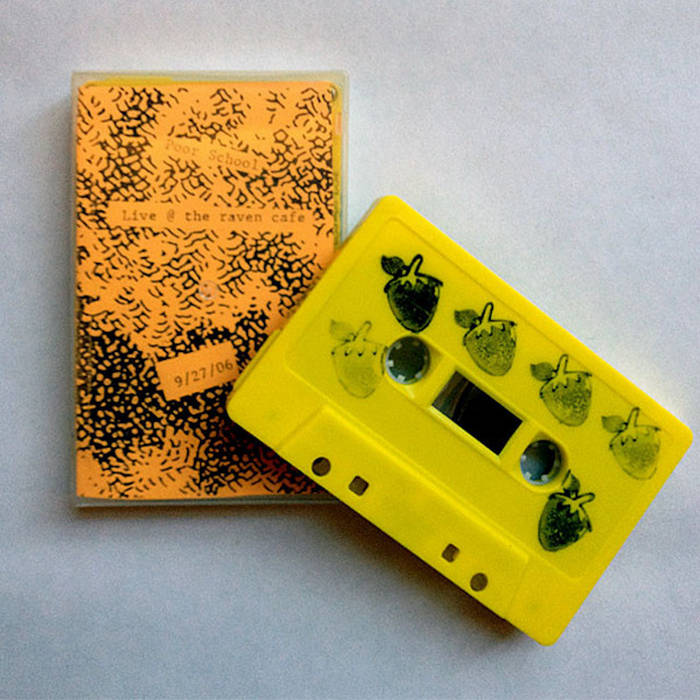 Poor School was a three piece noize/jazz/improve punk band that treaded the waters of the no-wave, shit gaze, drone, harsh noise experimental music of the time. Armed with a drum kit, saxophone, and guitar the trio played a bombastic set after set in the DIY music scene in Missoula's early aughts. The project even put out an LP on Avant Garde label Ecstatic Peace! The band featured Bryan Ramirez on guitar (Ex Cocaine/Plants) John Niekrasz on drums, and Nathan Hoyme (Tenor Sax)

This album was originally released as a short run of 50 cassette tapes. Hand stamped this bootleg recording was released as quickly so copies could be available at one of their last shows at what I believe was Total Fest 2009. Not sure how many or if they played any other times after that show due to the Niekrasz's relocation to Portland.

This tape has been out of print for a while and has never been available digitally before. Side a is a 24 minute live set recorded on a Tascam 4 track recorder. Side b is the same set but backwards. I was really proud of that. Ramirez runs a record label called Killer Tree Records. killertree.com or find him on insta @killertree_records. He may have a copy of the tape left or at least some killer vinyl to sell you. The tracks are pay what you want and are available for the month of March before they become subscriber only.