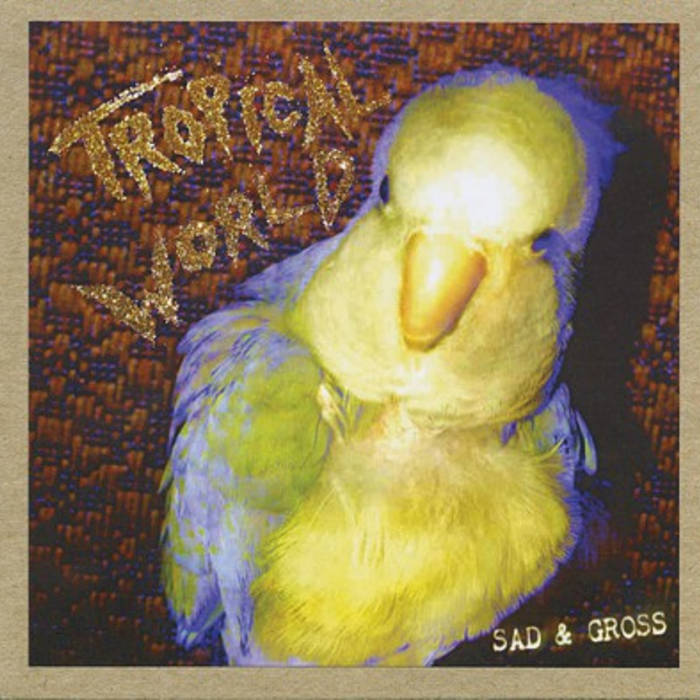 THIS ALBUM IS FREE BUT ANY DONATION GREATLY HELPS US RELEASE AND RECORD NEW MUSIC! PLEASE DONATE ANYTHING YOU CAN. THANKS FOR YOUR SUPPORT!

Mikki, Phil, Otto, play spaced out, alternate dimension driven, dual organ, space opera band. The band played in a cardboard spaceship with a blender on board to make mixed drinks at their shows. I think all the songs are true stories even though the band is a concept band.

The Missoula Independent said this:

The new Tropical World album takes place in the future, possibly in an alternate dimension and definitely on a spaceship. The musicians may be time travelersunclear. The setting of Sad & Gross is not so important as the understanding, right up front between band and listener, that these songs are going to be weird. The unifying elements are claves, lounge keyboards and a tendency toward bossa nova. Otherwise, each track is a concept unto itself, built around a single lyric or a particular transition that's repeated until it becomes a mind-clearing mantra.

"I've played all of these songs five thousand times before, in the future," someone named Mikki intones midway through. It's a wink to the album's sense of improvisation, of like-minded musicians developing songs as they record them. More than the space opera, this atmosphere of relaxed collaboration is the unifying concept of Sad & Gross. It's what makes songs like "Shelby" so oddly touching, and it raises the album from goofy to charming. You can hear everythingindividual musicians, even mistakes, as on a Moldy Peaches record. Like the best work of that band, Sad & Gross is a document of something likable and real.